I attended Mobile World Congress (MWC) 2018 in Barcelona a few weeks ago and my main takeaway from the entire event was: 5G mobile devices are a long way off.

The Big Cell guys – AT&T, Verizon, Vodafone, etc. – were all touting their latest 5G trial results – and some results are indeed impressive. I’m sure the marketing hype around 5G will get them lots of new customers. The major caveat to these 5G trials are that the cell companies are using 5G base stations to transmit data to bulky 5G routers, not 5G smartphones or other mobile devices.

To me, 5G is meaningless until we have true mobile applications of the technology. It’s not real until I can buy a phone with a 1 Gbps bandwidth and stream 4K cat videos from anywhere.

That’s Qualcomm’s demonstrator mobile “handset” with an X50 5G modem. behind a thick sheet of Lexan. It’s mounted to a little 2 DoF robot to demonstrate that the device works even when it’s moving around and changing its orientation relative to the base station (i.e. demonstrating its beam-forming capabilities from its antenna array).  It was getting a zippy 3-5 Gbps stream from a nearby 5G base station broadcasting in the 28 GHz mmWave band. (If you’re interested, here’s a nice video of the Qualcomm booth – would have done a video myself, but I’m not as good looking as Troy…)

Now, I’m not going to lie – that’s a damn cool demo showcasing some fantastic tech. Kudos to all the Qualcomm engineers that probably spent months of long days and sleepless nights to pull this off.

BUT, take a close look at the demonstrator – it’s a brick roughly 15 mm thick, there are no human hands or bodies (aka RF noise/shadow sources) nearby, and it’s got a pretty good line of site to the base station. We’re a long way off from a smartphone form-factor and usage scenario here…

What’s it going to take to miniaturize all of the RF front-end (RFE) components so that we can squeeze that form-factor down into a shiny new 7 mm thick iPhone? “We frankly don’t know how we’re going to do it,” said a friend of mine from a Big RF component company that sells billions of dollars’ worth of 4G components to smartphone OEMs (who asked to remain anonymous, for obvious reasons). “But, we didn’t know how to do 4G either… until we did.” God bless the engineer’s pragmatism.

At OnScale, we hope to make life a little easier for these engineers by giving them easy access to world-class CAE software running on unlimited HPC hardware in the Cloud so they can rapidly optimize things like next-gen 5G RF components for 5G smartphones. Check out this example: 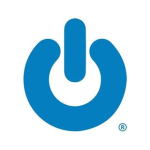 OnScale was founded in 2018 by a team of scientists and engineers dedicated to delivering world-class CAE on next-gen Cloud HPC.