Thank you to everyone who was able to attend our Optimizing MEMS R&D with OnScale workshop in Boston. The workshop covered the capabilities and technology of the OnScale approach to semiconductor, MEMS, transducers, and sensors simulation.  We also discussed the future of engineering simulation and how OnScale helps engineers to increase productivity and reduce time and cost.

Ian Campbell, CEO, OnScale: “It was great to meet luminaries and top engineers in the MEMS space and have a lively discussion on the challenges of pushing the boundaries MEMS design optimization, packaging, qualification using cloud engineering simulation.”

MEMS R&D has largely been a physical trial and error process. While simulation has always played a role, most “Real MEMS Engineers” relied on frequent tapeouts, short loops and other means of rapid physical prototyping to find viable designs.

More recently, simulation technology, and especially Cloud Engineering Simulation (using supercomputers in the Cloud to simulate MEMS sensors) has caught up or perhaps even surpassed the efficacy of physical prototyping. Leading-edge MEMS companies in Silicon Valley now simulate millions of potential sensor design permutations to find optimums and establish R&D directions, reducing physical prototyping in many cases to one or two prototyping runs to get a new MEMS sensor to market.

One of the main pains for MEMS engineers is sobering statistics including, increased competitiveness, declining ASP and profitability, reduced time to market and increased risk. With legacy desktop simulation the process of designing, simulating and analyzing is not made easy, with each step having to be repeated over and over again until the product is ready for market. Desktop Simulation does not replace physical prototypes. The solution for this is Engineering Cloud Simulation, which has resulted in up to 90% reductions in physical prototyping and up to 50% reductions in both R&D costs and time to market for our customers.

OnScale’s cloud engineering simulation platform represents a huge opportunity for MEMS design. It’s ability to run simulations in parallel allows designers to move away from traditional iterative design process and has been described as a game changer by our customers. On top of that, the ability to simulate complex devices in full 3D in the time-domain allows designers to de risk their devices prior to prototyping. 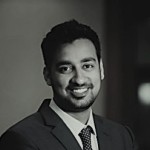 Ananth Sridhar is an Application Engineer at OnScale. As part of our engineering team he assists with developing applications, improving our existing software and providing technical support to our customers.