As all OnScale users will know, we offer two modes for creating FEA models:

If you’re an Analyst user, you’ll be familiar with our Command Reference. It’s here you can find detailed information about all the commands that you can use in Analyst scripts. (If you’re new to Analyst, just try right-clicking any command in a script and then selecting Show Help for …)

With version 1.30.6 of OnScale, you’ll notice that the Command Reference has changed – a lot! It’s recently undergone a major overhaul and we think it’s much easier to use now. Here are some of the key changes.

Many entries in the Command Reference refer to other commands, for example when describing the order in which commands should appear. Previously all these references were plain text, which meant that if you wanted more information about the referenced command, you had to look it up for yourself.

Now all these reference are hyperlinks. As such, if ever you want more information about a command, all you need to do is click the link:

The new Command Reference now presents all code as it should be typed in Analyst, and we think that makes things a lot clearer. It also means that it’s now safe to copy example code from the Command Reference, and we’ve even added a button to the top-right of code blocks to make it easy to do just that:

In dropping the old convention of using uppercase and lowercase, we’ve introduced syntax highlighting that matches the colors used in Analyst. As such you’ll now see primary commands in blue, subcommands in green, Symbol commands in red and so on. You’ll notice this in the screenshot of a code block above, but you’ll see the same coloring used throughout each command description. We think this makes the information in the Command Reference easier to understand – and it just looks nicer too!

Those are a few of the main changes, but there are other differences too, all aimed at making the Command Reference easier to use. If you’ve not already, why not update to version 1.30.6 of OnScale and check out the new Command Reference for yourself? 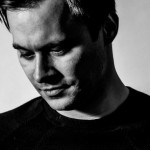 By Marshall Williams 10 May 2021
Insider

What you asked us in February 2021